Do you have an acute case of FOMO? 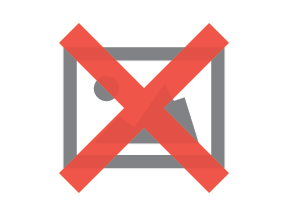 I attended the L.A. stop of the global Social Media Week conference, and this past Friday I thoroughly enjoyed keynote speaker Jeff Cole, Director of the USC Annenberg School Center For The Digital Future, as he connected the dots over our collective experience with the Internet.  The talk included a review of how we handle the new Social Media demands placed on us over the past few years. Rather than bore you with lots of details, I thought I would encapsulate some of the more informative marketing nuggets and share a couple of highlights.

The reason why is our online attendance is growing due to moving from dial up to the always-on direct connection broadband.

If TV is the first screen, The PC is the second screen, the Mobile Phone is the third screen, and the Tablet is the fourth screen, there is firm belief that the fourth screen replaces the second screen. Another words the tablet is going to replace the PC.
The exceptions are for heavy-duty number crunchers, computer assisted designers, college students while they are in college.
Is your company’s mobile presence ready for this new reality?

3.  80% of teenagers sleep next to their mobile phone: FOMO

If you’re a parent like me, you worry about who/what your teenagers are curling up with at night…well the good news is research shows it’s their phone! Eighty percent of teenagers sleep next to their phone. Asked why, they simply answer, “It’s my alarm clock”. Another trend is that for the past 10-12 years teenagers are no longer wearing watches. Tracking this same age group 10-12 years later they are still not wearing watches and hurting the watch industry and quite possibly the economy of Switzerland! The other reason why teenagers are connected 24/7 is FOMO, or Fear Of Missing Out. The fear is that they will be missing out on something in their social lives, hence starting with the first thing in the morning to the last thing at night they are digitally connected, and it gives them something to do in case they wake up in the middle of the night.

4.  When your mother enters the room it’s no longer cool to be there

In 2005 researchers saw social media as the real deal. It was the first thing that caused people to log on to the web for more reasons than to check their email. However, it is impossible for researchers to track people by which social media network they are using.
Example: Seven years ago Rupert Murdoch’s NewsCorp buys MySpace for $580MM to move into social networking to reach teenagers. They couldn’t reach them through their newspapers anymore and they were getting more difficult to reach on their television networks. MySpace was a great investment for Murdoch, but he would never be able to hang on to teenage users. It was sold in 2011 for $35MM. It wasn’t a bad investment for Murdoch due to a $900MM ad share deal with Google. There was the marketing of their films and programs and selling a lot of advertising on MySpace. However in the end Murdoch was not able to hang on to the teenage users. This validates the notion that it is impossible to track people by which social media network they are using. We witnessed similar events in the the rise and fall of GeoCities and Friendster,

To a teenager the online community is like a night-club, but when the nightclub becomes too popular, or the uncool kids show up at the nightclub, you go somewhere else. What can be worse than a bomb or a gun in a nightclub? You guessed it, when your mother enters the room – you’re out of there!

The Annenberg forecast on Facebook is that it will continue to grow for another 4 or 5 years and that it crosses well over a billion users. Then it will peak but it will never go away. It will survive as the place you go to communicate with your mother and father, and aunts and uncles and brothers and sisters. You can find people there because almost everyone is on Facebook.

5.  (This surprised me) Nobody feels like they have a handle on this

Everybody’s confused, the best brands in the world think that they are behind on Social Media, people are really frustrated. Secretly brand mangers wish the internet would go away.

The Internet meltdown of 2002 made people feel like the Internet was going away. But it didn’t; rather it was the end of business plans written on the back of napkins.

The more productive I become because of the internet, the more there is to do. If I answer my email at night before I go to sleep, the answers to my email will be there in the morning when I wake up. We are tired of it defining our lives by it. We want to enjoy the benefits of all this technology without experiencing the disadvantages. We take our mobile devices on vacation, but we don’t want it ruining our vacations. This phenomenon is called E-NUFF already.

Michael Milken and Donald Trump would brag that they were working 24/7 that sleep was wasting moneymaking opportunities. Then really rich guys like Jeff Bezos came along and said “I sleep 8 hours a day” and that became a sign of real success. Go figure, you can disconnect, and you are so important people will find you one way or the other. And that is Joy Of Missing Out or JOMO.

Scott McNealy said "there is no privacy, get over it" or more exactly "You have zero privacy anyway. Get over it." This attitude is changing however. The Associated Press reported that for the first time this year Spring Break was a pretty tame affair. College students weren’t walking around with cans of beer in their hands, girls weren’t walking around yanking their tops off. The reason was the message has gotten through, you do something like that, with a cell phone picture, within seconds it’s on Facebook. As teenagers get towards 28-29 years old they are adopting their parents attitudes towards privacy.

9.  Watching TV with people who are not in the same room.

Ratings for the live events are going through the roof. The Super Bowl had its highest rating ever. The ratings for the Grammys, the Emmys are higher than ever. That’s because people are co-viewing, watching with other people. That is other people who are not in the same room.

Predictions: The news crawl at the bottom of your screen will be replaced by a social media crawl, with comments made by co-viewers in another room who are also watching the program. A new app for your Tivo or PVR that will let 5 or 10 of us record a show, agree on a time were going to watch it and synchronize our PVR so we can watch it delayed as if it were live.
•    From 2000-2011, 70% of people regularly went from something they saw on Television to the Internet
•    60% went from the Internet to television
•    but only 14% were online and watching television at the same time with related content (i.e. They were watching Survivor while being on the Survivor website).
•    However in the last 16 months that 14% has tripled to 42%.

As I wrap this up, it’s not surprising I’m in front of my fourth screen of the day, watched a little NFL on the first screen, and used the navigation on my 3rd screen and now writing on my second screen, while smoking a cigar.  It’s Sunday evening and I’m signing off now, I’ve got device fatigue and its time to connect with my sweetie.

You can see the video replay of this at the following link:

Take a Few Minutes to Review Your Lead Generation

I’ll review your current digital marketing, brand or website. I’ll tell you what’s working and what could be working harder to build your business.

Digital Marketing Not Paying Off? We know why

What Company Doesn't Want To Grow?

Don't Launch A Digital Campaign Without This